The very first water-cooled Volkswagen sold in the United States, after a quarter-century of exclusively air-cooled vehicles shipped over from Wolfsburg, was the 1974 Dasher (the Rabbit aka Golf didn’t show up here until the 1975 model year). Known as the Passat elsewhere in the world and sibling to the Audi Fox aka 80 (not to be confused with the later Volkswagen Fox aka Gol), Dasher sales continued in North America through the 1981 model year. Here’s one of those final-year Dashers, featuring five doors and an oil-burning engine, found in a northeastern Colorado self-service yard last month. 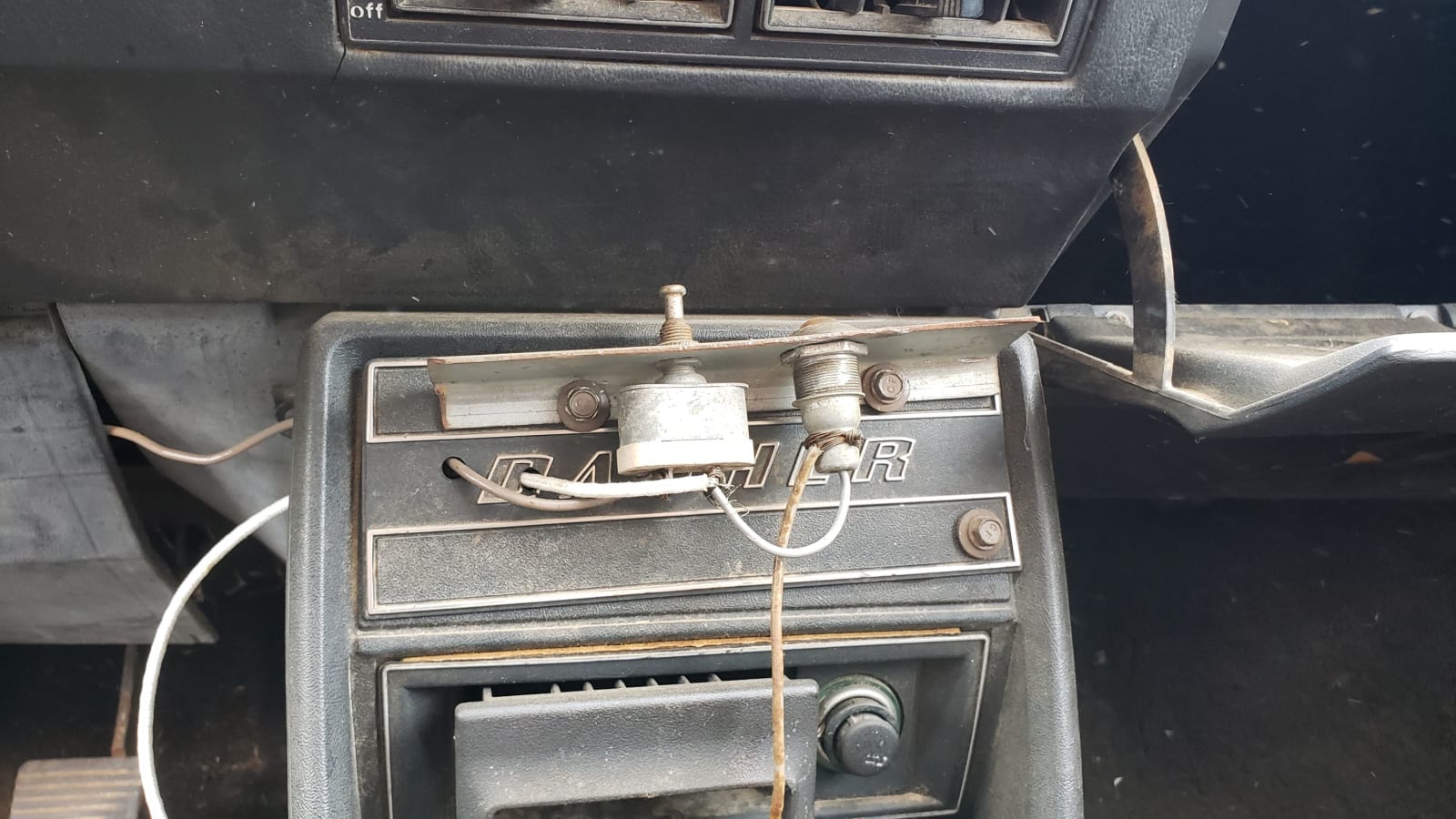 Passat sales continued here for 1982, of course, but the B2 Passat received Quantum badging on our shores. I’m not sure what the add-on switches bolted above the dash nameplate do, but this car features plenty of Red Green-style keep-it-going-for-another-day kludges. 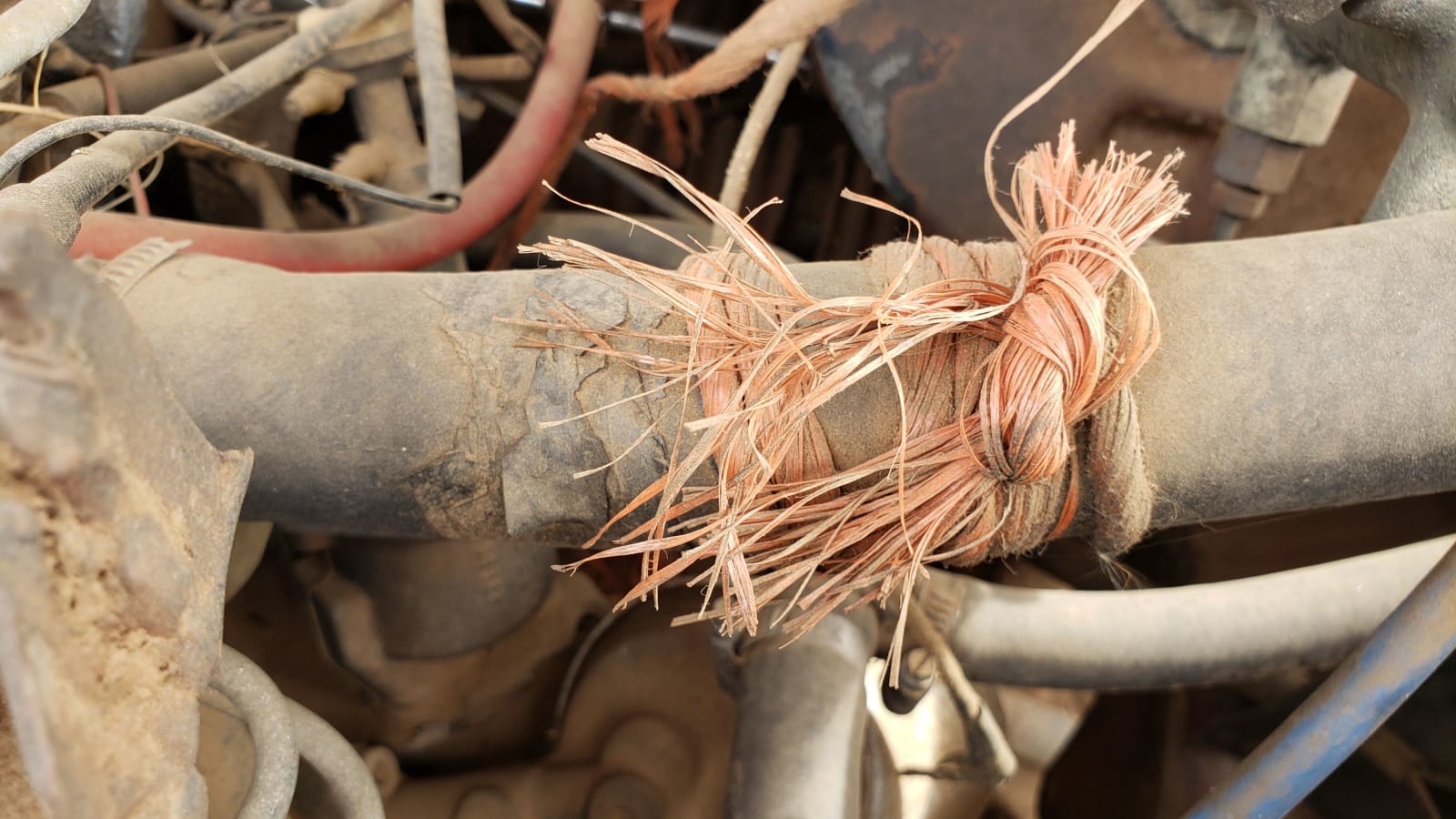 For example, the clever glue-and-tape-and-rope repair of the radiator hose. 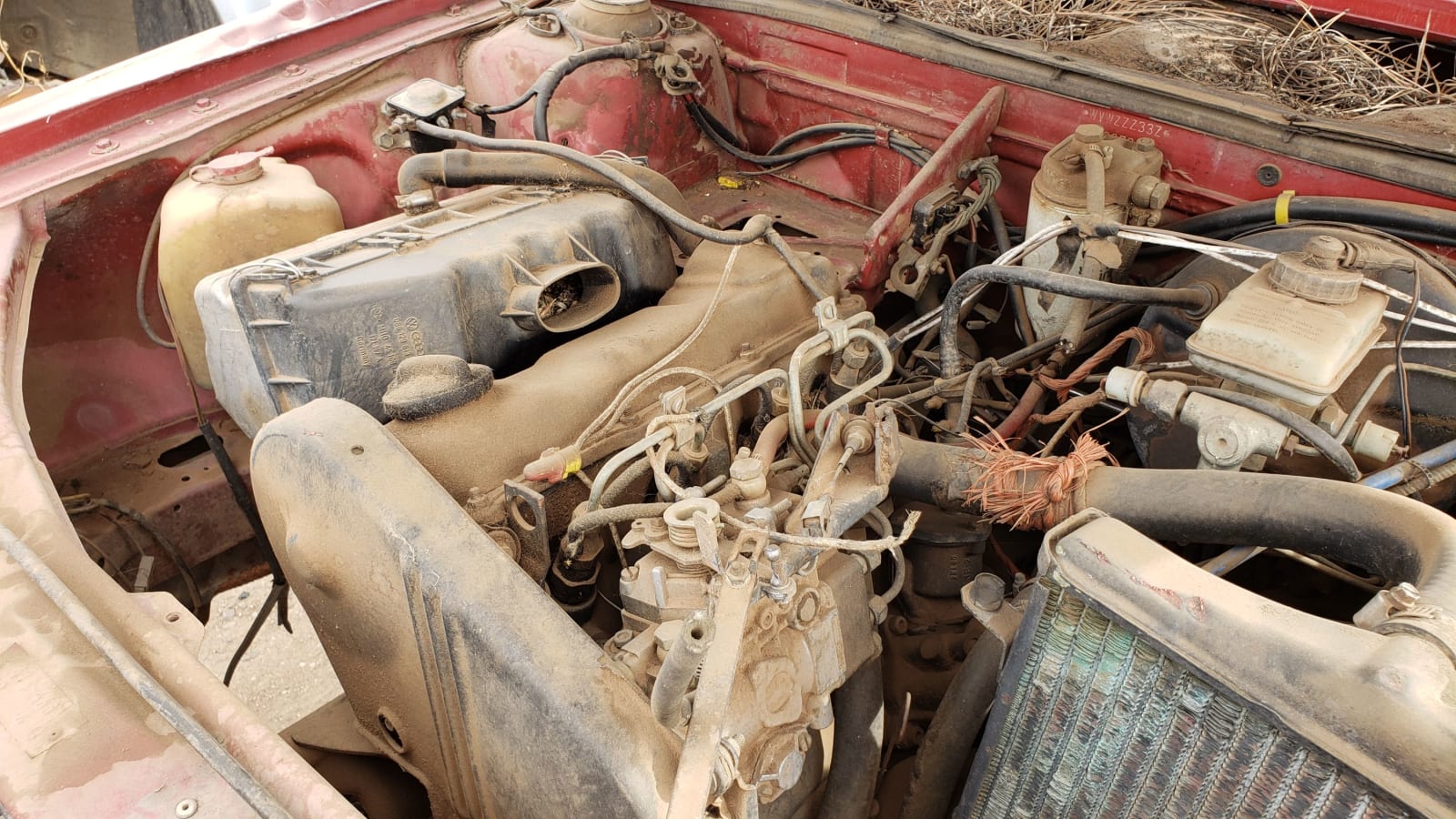 The gasoline-powered Dasher had a 1.6-liter four-cylinder rated at 76 horsepower, which was about adequate for a 2,181-pound car of this era. This car has the 52-horsepower diesel, however, and I can tell you from bitter personal experience that the VW diesels of this period were pure misery on the road. Still, fuel economy for the Dasher Diesel was spectacularly good for the time, pushing 50 miles per gallon on the slow-motion highways of the Late Malaise Era. 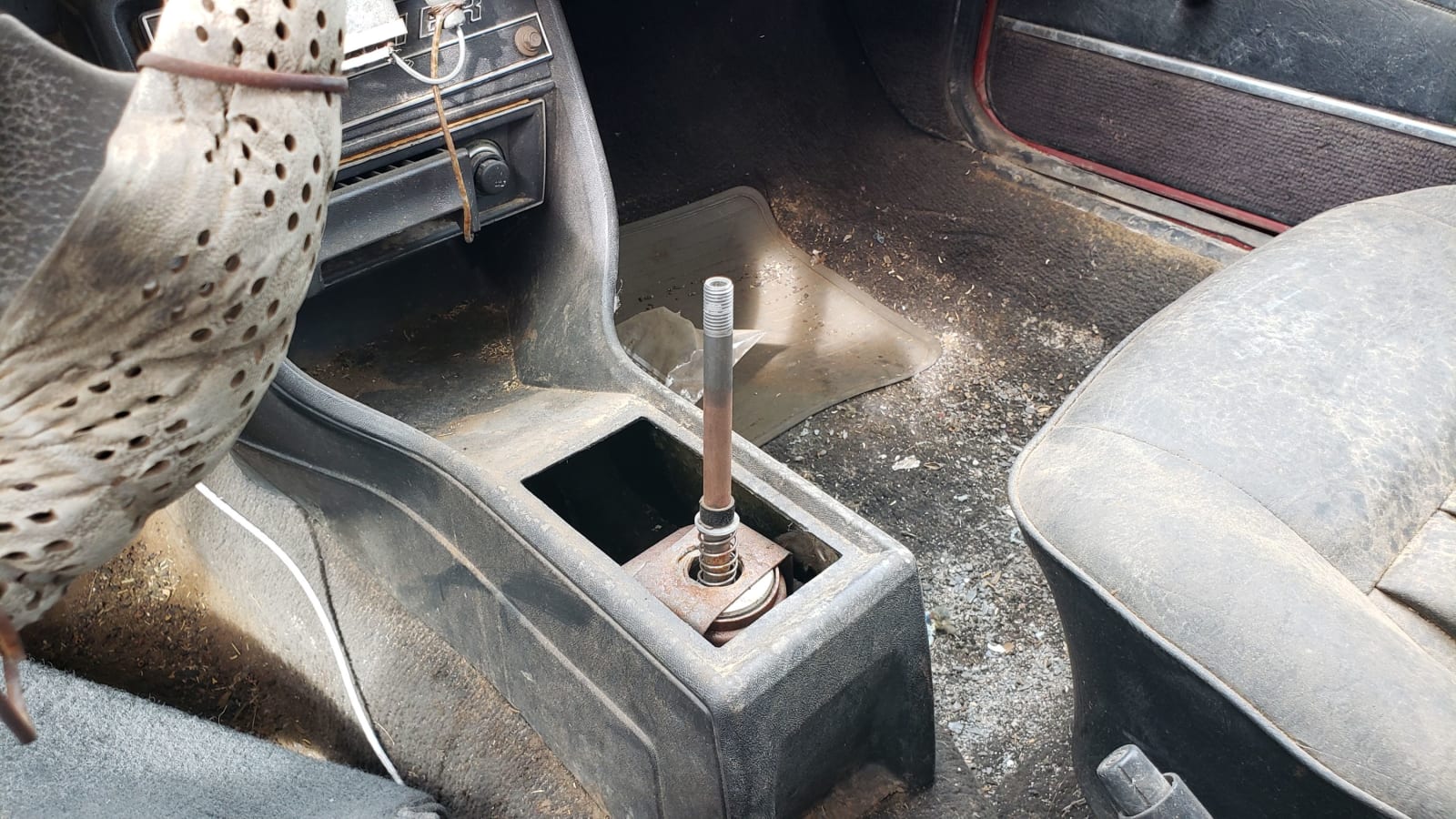 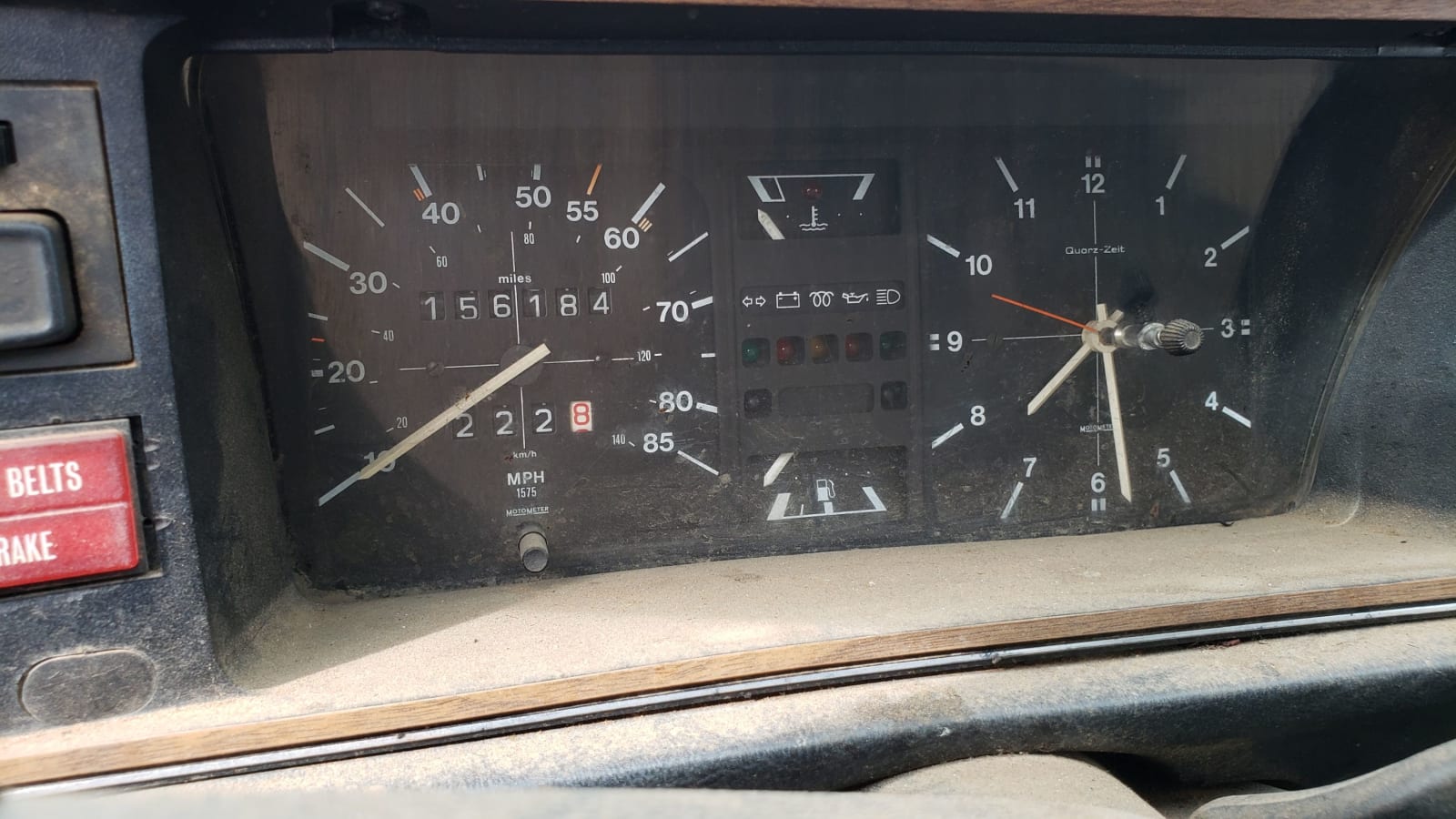 This car made it to 156,184 final miles, which was a long life for a car of its time. Check out that big MotoMeter dash clock, a nice standard feature for such an affordable wagon. 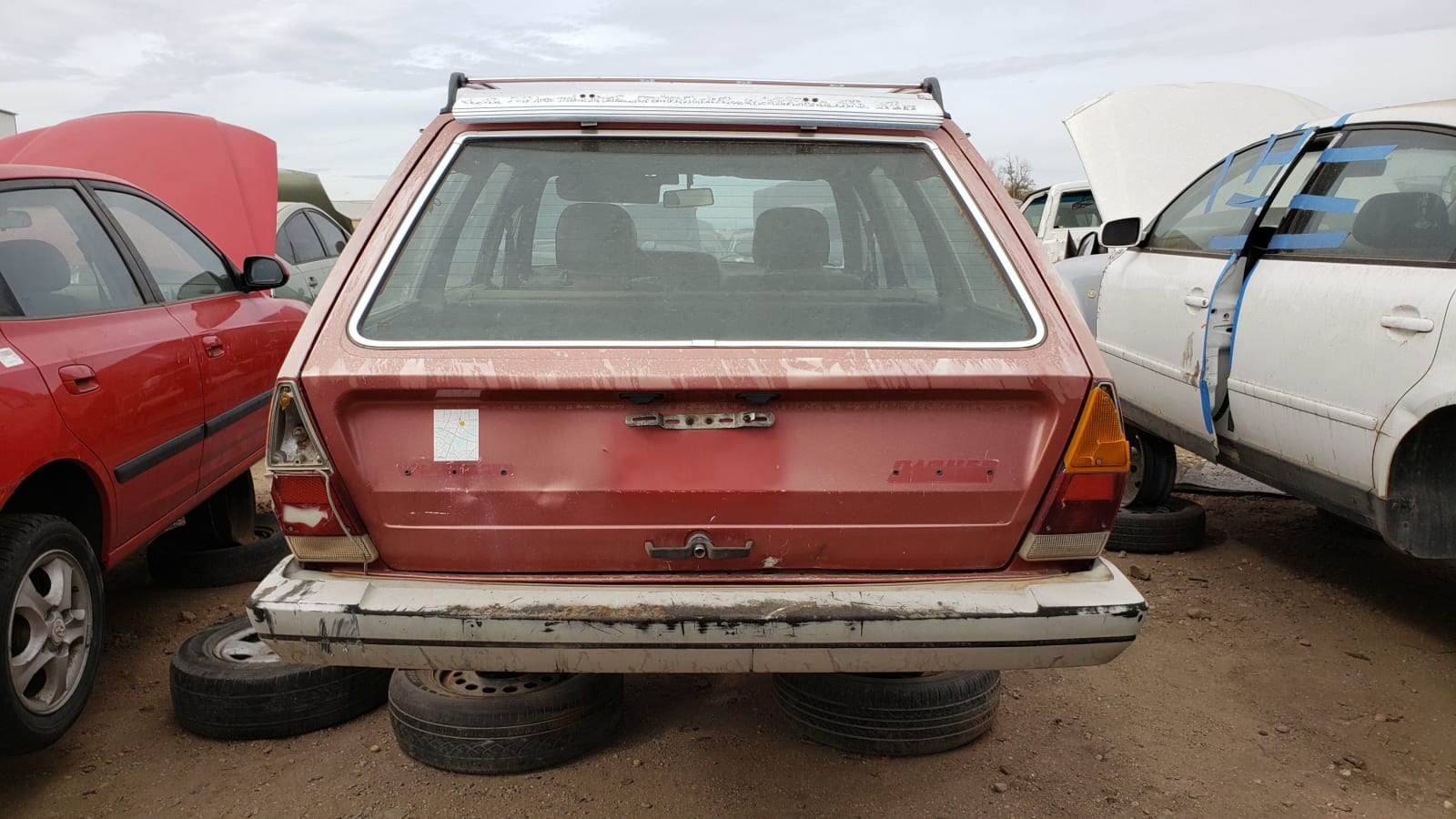 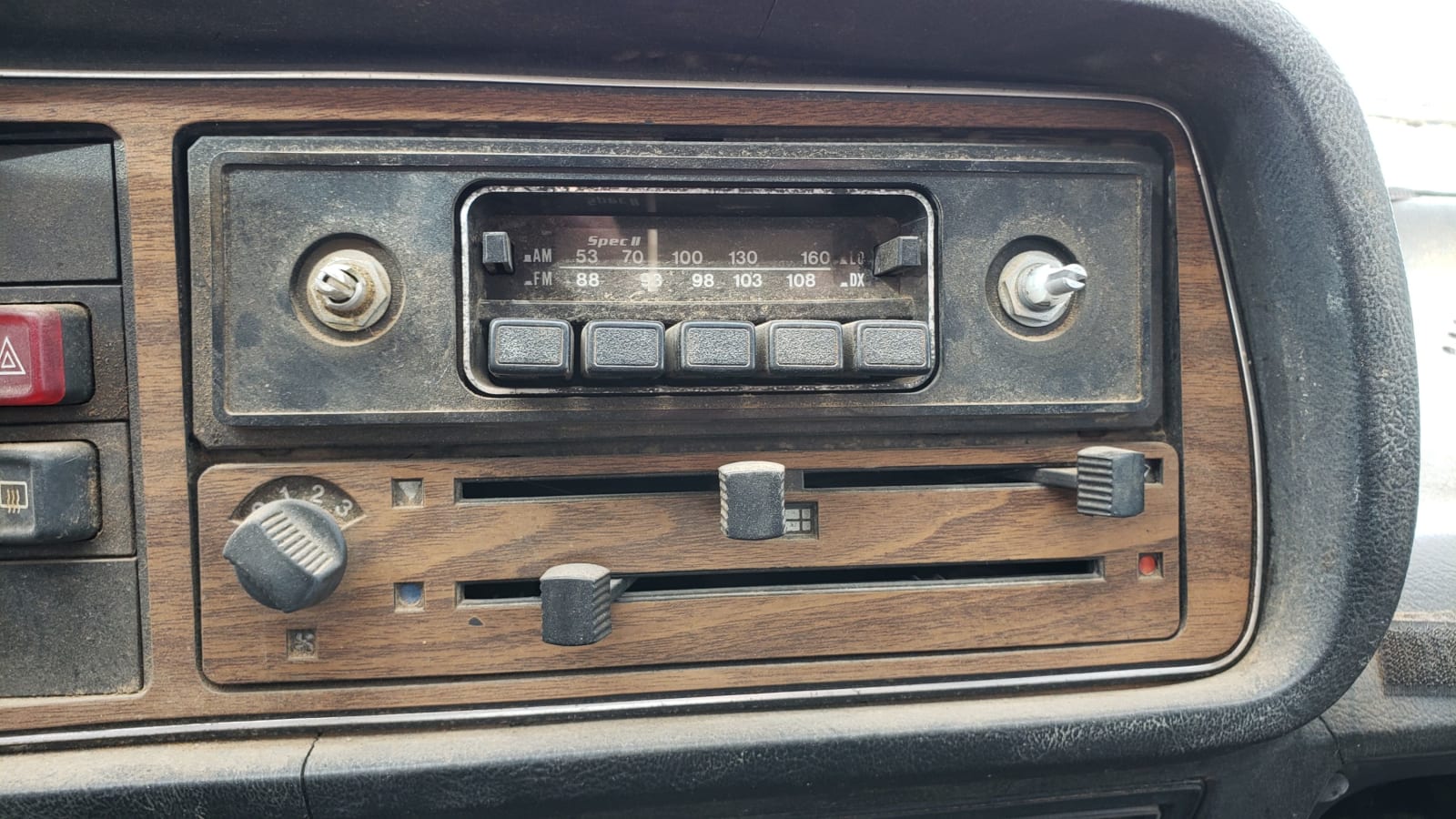 That AM/FM radio probably cost big bucks back in 1981.

What are you buying with all the money you save on fuel? Food!

Don’t miss the silver anniversary sale at your VW dealer.