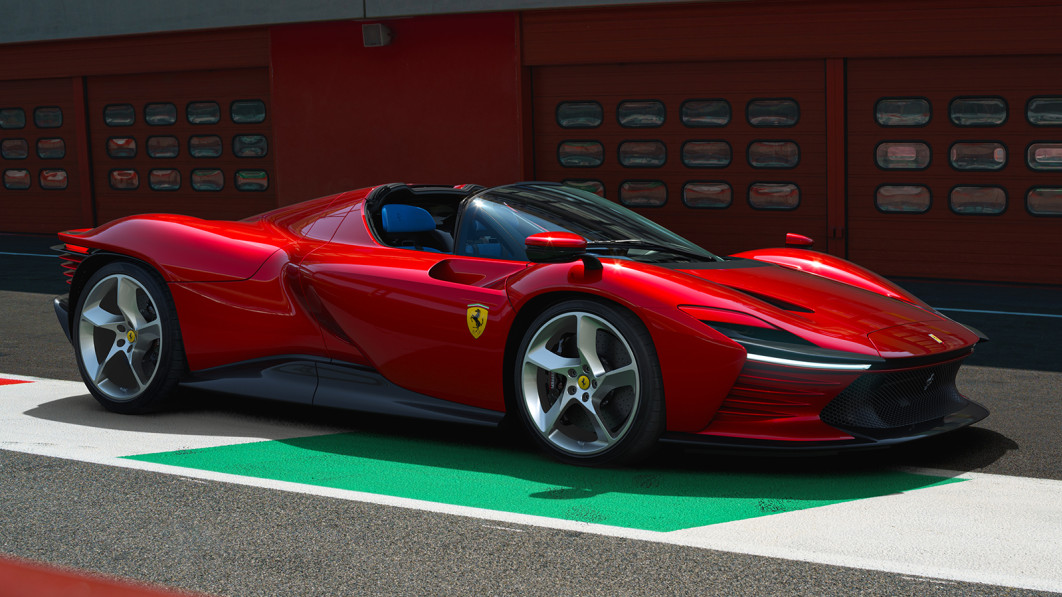 It turns out the rumors were true, and Ferrari has just revealed its latest in its special “Icona” line of supercars. It’s called the Ferrari Daytona SP3, and it takes its name from the 1967 24 Hours of Daytona in which three of the brand’s race cars finished 1-2-3. And it takes its basic design and layout from similarly vintage mid-engine race cars.

That mid-mounted engine is a version of the 812 Superfast’s 6.5-liter V12. It still has a 9,500-rpm redline, but it makes slightly more power at 828 ponies. That means it now holds the title of most powerful naturally aspirated, non-hybrid, road-going Ferrari in history. It also makes 514 pound-feet of torque and is paired with a seven-speed dual-clutch transmission. Ferrari says it will get to 62 mph in 2.85 seconds and to 124 in 7.4 seconds.

Surrounding the engine is a body and chassis made entirely of composite materials, much of which is carbon fiber, such as the main tub. Ferrari doesn’t say whether it specifically uses LaFerrari chassis components, but it did say that it hasn’t built a road-going car quite like this since the LaFerrari. The shape is clearly inspired by vintage Ferrari endurance cars such as the 330 P3 and P4, but with plenty of modern touches like the slender lights and the many strakes on the rear.

The interior is also race car-inspired. The seats are molded into the chassis, with cushions attached directly to the tub. Apparently the seating position is the lowest of any current Ferrari. The pedals and steering wheel adjust so drivers of many heights can comfortably fit. The dash is pretty low frills and instruments and other functions are handled by a 16-inch screen directly in front of the driver.